“SOL is a collective platform that was initiated some years ago, inspired by the interest in both love and school as charged with potential to generate new politics and relations in the world. SOL is practiced through regular meetings, but follows no curriculum. Instead, it develops a spontaneous program through the presence and interest of its participants. SOL is basically an invitation to hang out. But to hang out deeply. To practice school as a place of free time – free to study things as they appear, separated from the dependency on the time and space of social order and production. And to practice love – Not the kind of love that is generated through affirmation of who we think we are, but love as an act of giving by allowing it to transform us.” Curated by Adva Zakai, Sept/Dec 2018

The curatorial proposal seemed from the start interesting but problematic, so I decided to beforehand what my position should be and how I want to relate to the program and a.pass. From the start the claims made by the curator – it is not about love, but about political love, the willingness to let yourself be transformed by other, and that it was not a school, but there is an interest in school – formed the basis of my attitude of constructive opposition. In a not always subtle way I put the thesis of this block to test. The production of actual works was not the main goal of the block, they functioned more as conversation starters within the continuous political game. For me it resulted in a period where I explored how to relate to activism and specific perceptions of reality.

I decided to start with a small provocation, in the middle of the space I build a tower where it was possible for one person to sit on top of. The tower formed a visualization of the attitude I approached SOL with. Halfway through the block, during some presentations I explained my motives and asked the people there if they thought that they excepted the tower. Everybody but one wanted to keep the tower – no unanimity – so the tower had to go.

During the closing week of this block we traveled together to Performance Art Forum, in northern France. This school trip made me think about our group, what we are, what are status is and how we are related to each other. I decided to do an expiriment, with making a class picture – to see if that could clarify some those questions. I put up a camera on a stand and made every 10 seconds a picture, assuming that at one point everybody would have their eyes open. The actual picture didn’t clarify much, but what remained was the act of the making the picture. 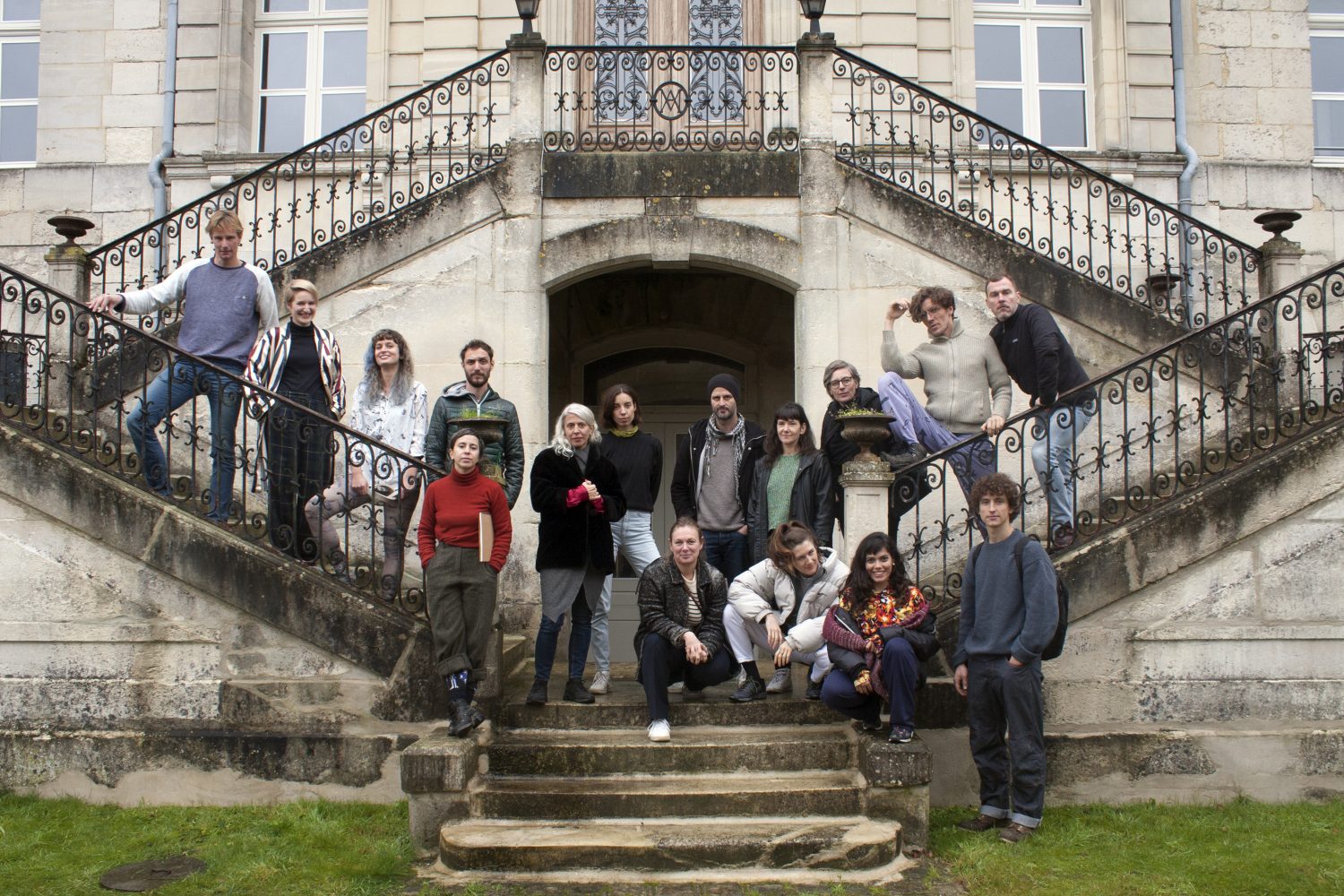