After 16 months the a.pass cycle draw to a natural end, it was time to present my findings, discoveries and new questions. Together with Laura Pante and Caterina Mora under the guidence of Lilia Mestre we created Peach Baskets – three angles on balancing. A.pass End-Communications are every four months and happen at different locations every time, we had the opportunity to present it within the space of the institute, where it become part of the scenography for the next block curated by Lilia Mestre and Sina Seiffee.

For me it was very good to be able to present within the institute, in my practice I am drawn towards the periferie, to take a position on the side, and sometimes even on the outside. But it became urgent during the last period at a.pass to question what my position is, where I stand and where am I in what I do. These questions formed the starting point for the explorations that resulted in three closely related, but very different interventions. 2019 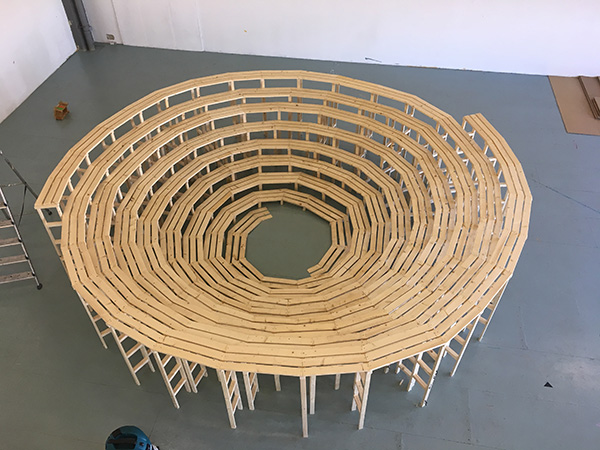 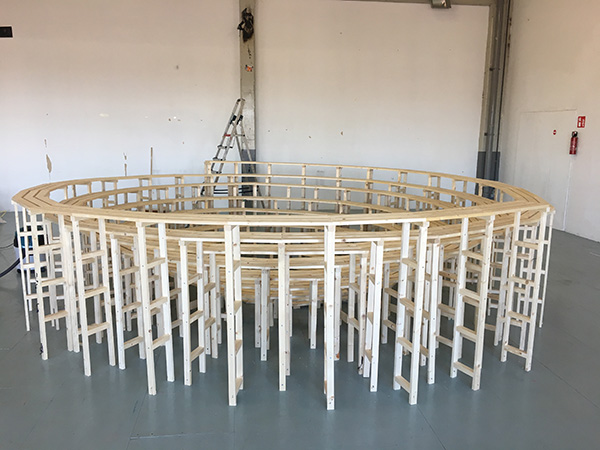 In previous works I often used piles of material, pathways and the act of work, very often my role was that of a performer and my relationship with the audience was in a way one direction. In a relative simple gesture, I inversed those motives, and that changed everything, it became a space in which I could invite the audience, my role changed from a performer into that of a facilitator. During the end-communication evenings I invited people to walk the 92 meter path of the spiral and experience the transformative potential of the structure. During the rest of the four month block the double spiral functioned as a stadium or theatre that is used as a place for debate and presentations. 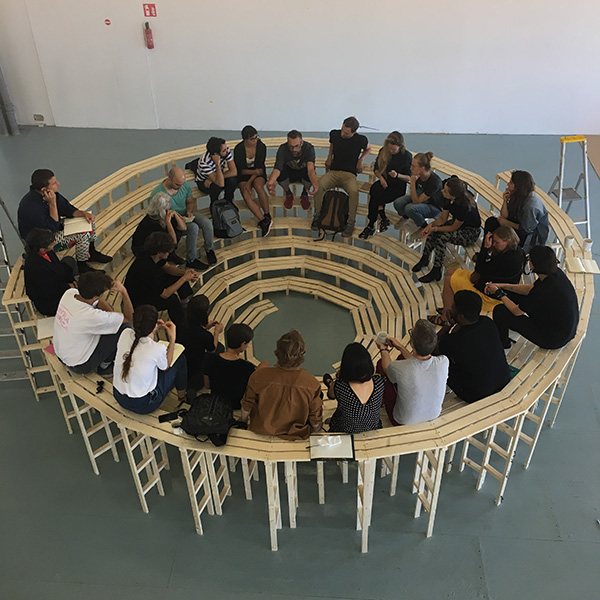 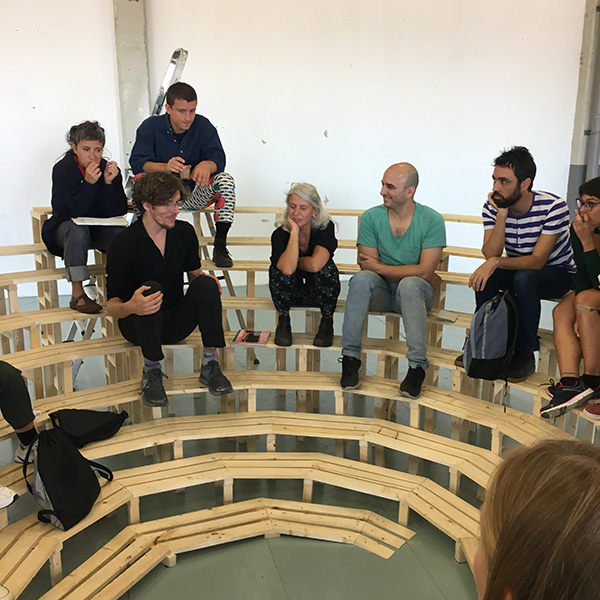 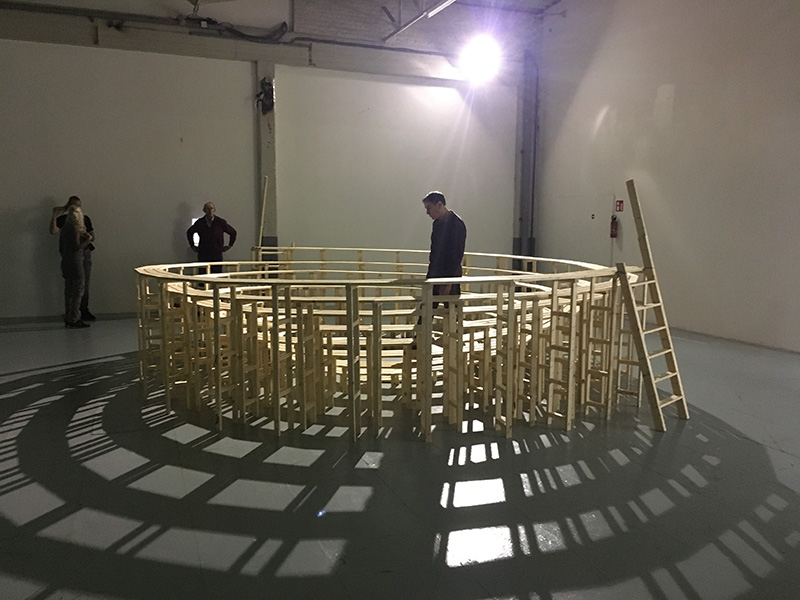 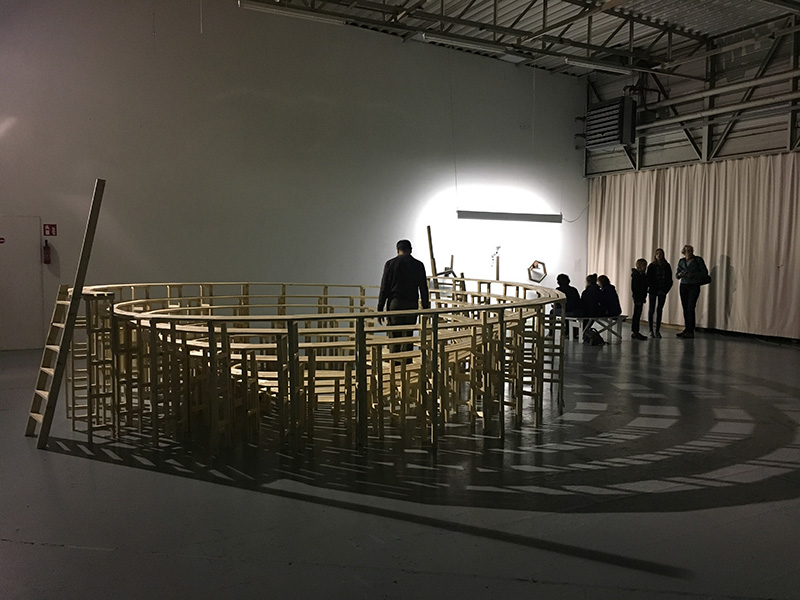 To focus on the ritual potential of the spiral during the evening I wanted to introduce sound devices that could function as a clock. I started experimenting with electronics to create some sort of drone sound, this turned out to be a dead end. I looked further and became curious in non western music instruments and I saw potential in Rainsticks. Out of bamboo I created three motorized rainmakers which I painted in a mix of red, yellow and blue paint and filled with split peas (the main ingredient for snert, the Dutch national soup) – in the final presentation they became independent from the double spiral. 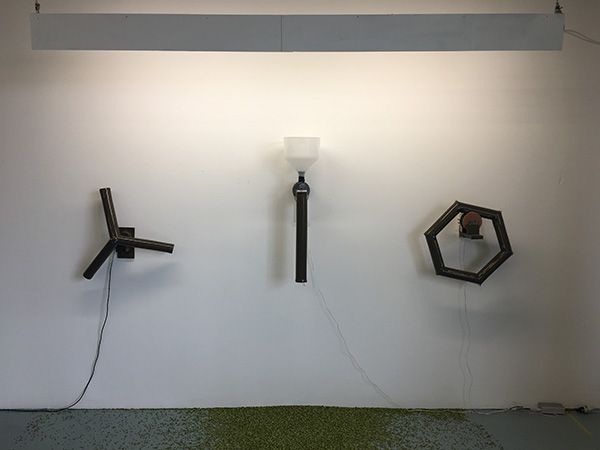 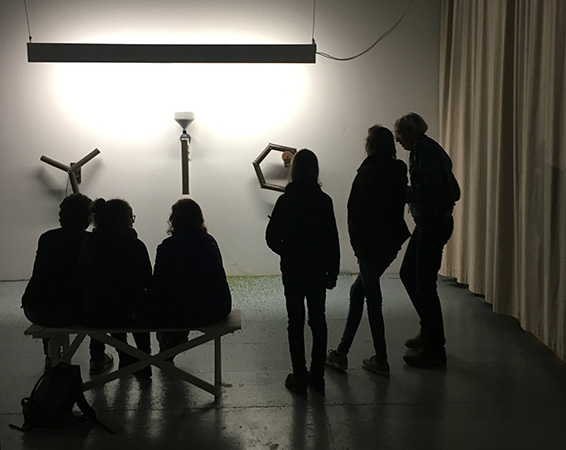 During several presentations and openings I served food or drinks, so far I used it primarily in a supportive role. During my time at a.pass I started wondering about the agency of serving stuff at those moments and for my end communication I decided` to experiment by taking over the catering. During my last block I came across Valhalla, where viking warriors feast on pig and mede – for a presentation I spoke about paradigm shifts and decide to serve pig food instead of pork. I took this dish and served it. 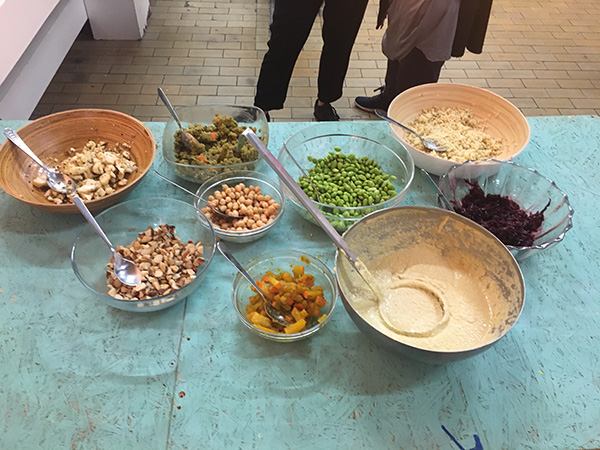 At a.pass I met the Muslin Bros, Tamar Levit and Yean Levi, and I asked them if they would like to make an outfit for the evenings based on their reseach. 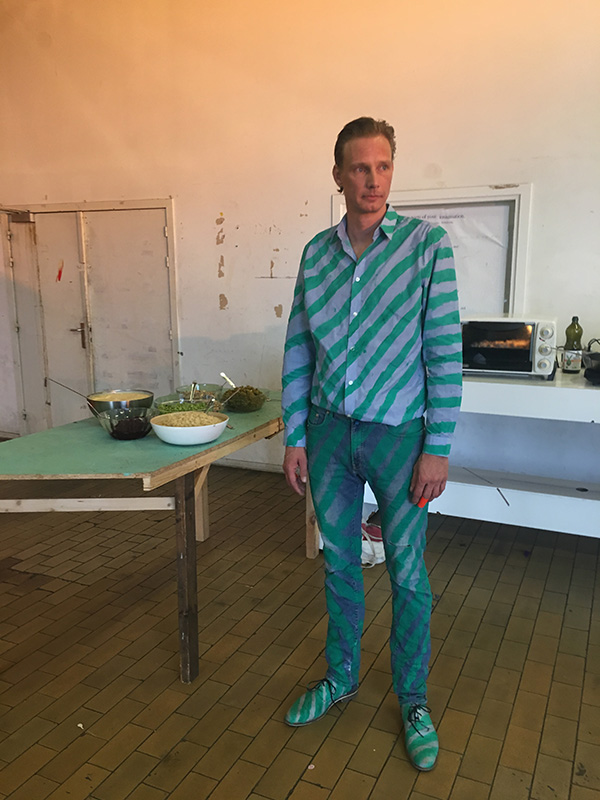