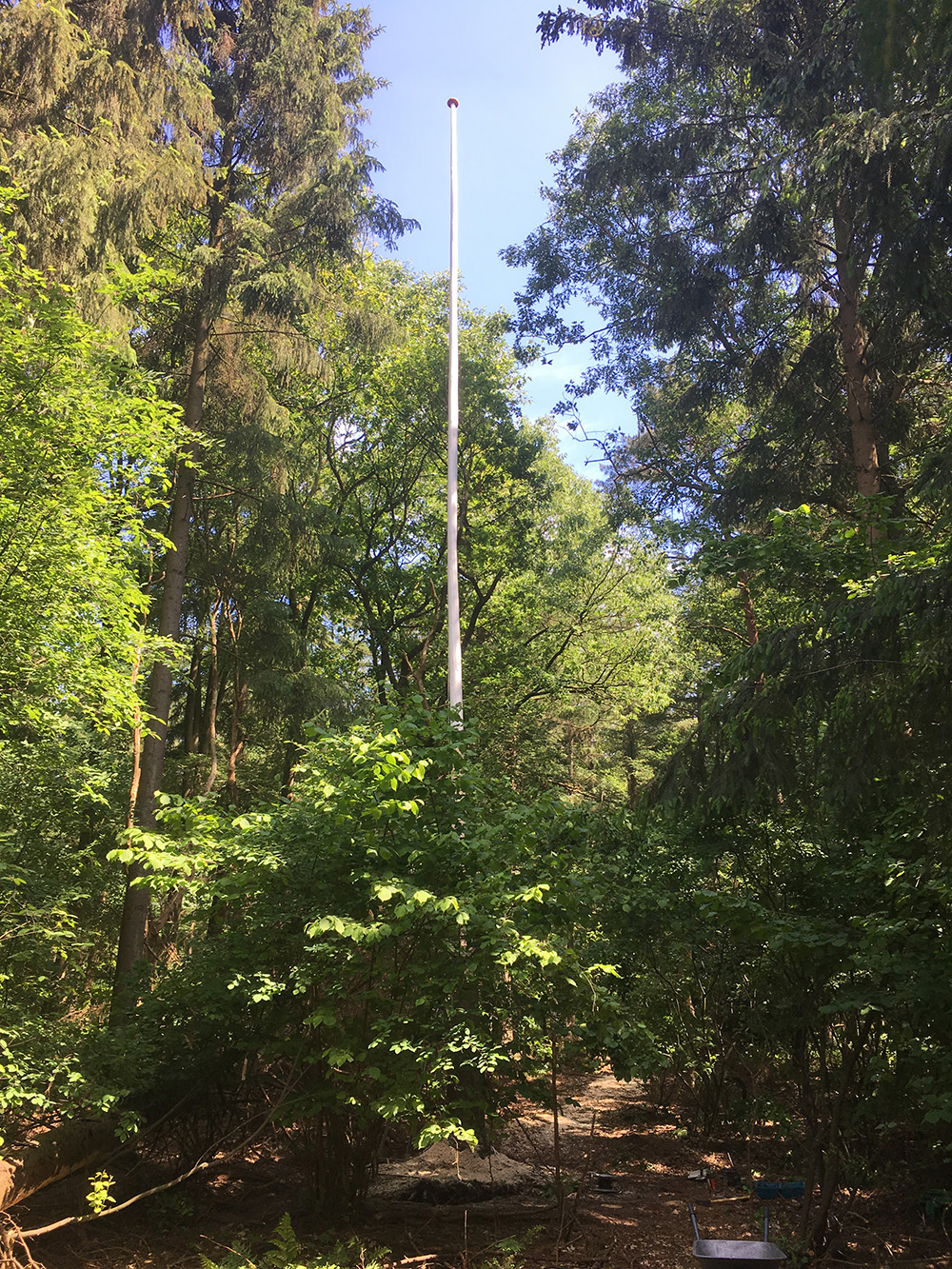 I was invited to make a site-specific work at the Patlz, an private estate with a very interesting history. It was originally build halfway the 19th century and fell into bits apart, but in 1984 it was bought and reconstructed by mr Raatjes, who made his fortune by coming up with the simple but brilliant idea to make it possible for cities to have their name on their manhole covers. He recreated the estate but also added his own traces, like an 7 meter tall waterfall and paths that flow like rivers over the estate from one source and lots of other things like this, it was packed! But he never lived in his dream house, because he moved into the estate of his girlfriend. At the moment the estate is a nature park with three private houses that pay rent for the ground they use, this pays for the maintenance and opens it up for the public. Meria Bakker and Wouter Blom live in own of those houses and every two year they open up their house and garden for the Paltz Biennial.

During my first visit I noticed a lot Douglas pine trees that had fallen because of strong January storm and found out that Wouter Blom, together with some friends, reraised a small tree. This seemed a lovely gesture to me. This in combination with the Paltz history and the concept of something called ‘mastbos’ formed the base of my contribution. With a chainsaw and a planer I transformed the biggest of the fallen trees into a traditional Dutch flag pole, white, an orange top and a rope. With help of my parents I raised the flagpole and now it stands there, on it original spot between the other trees. 2018 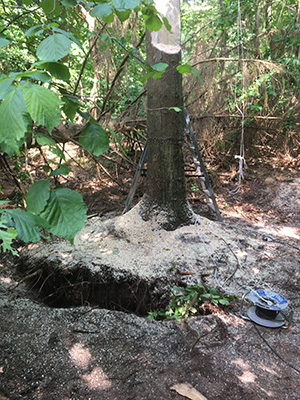 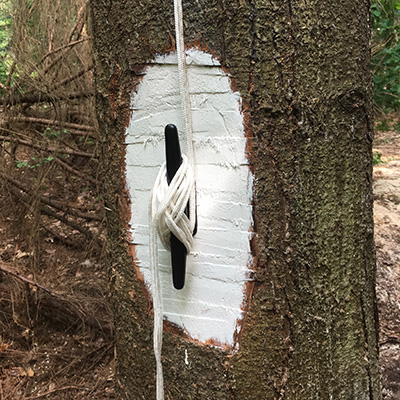 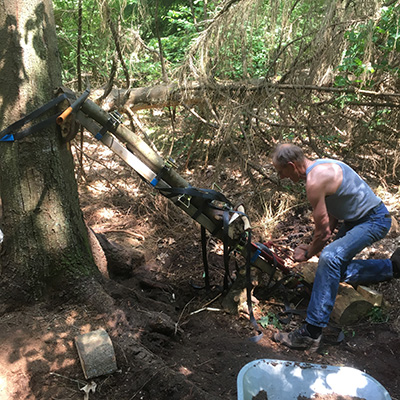 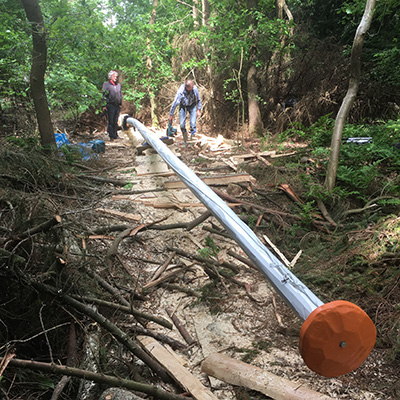 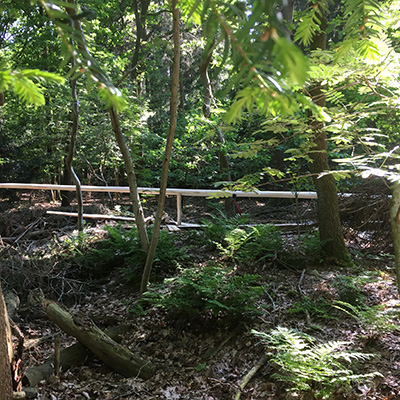 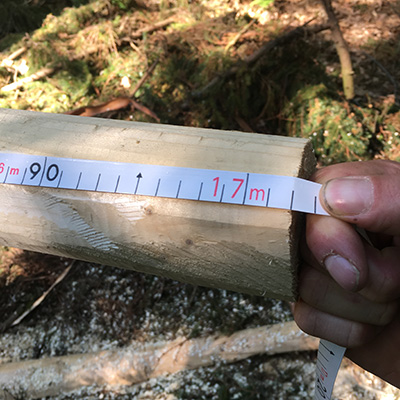 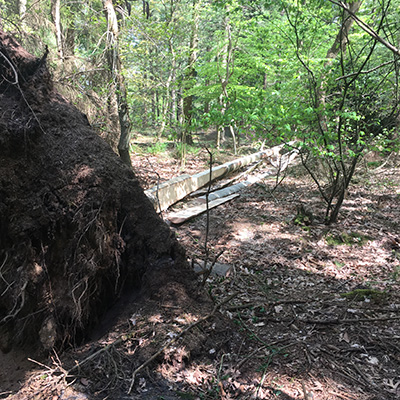 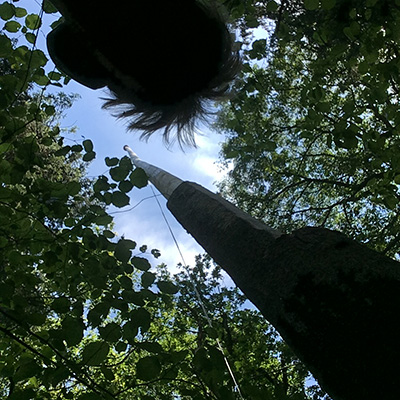