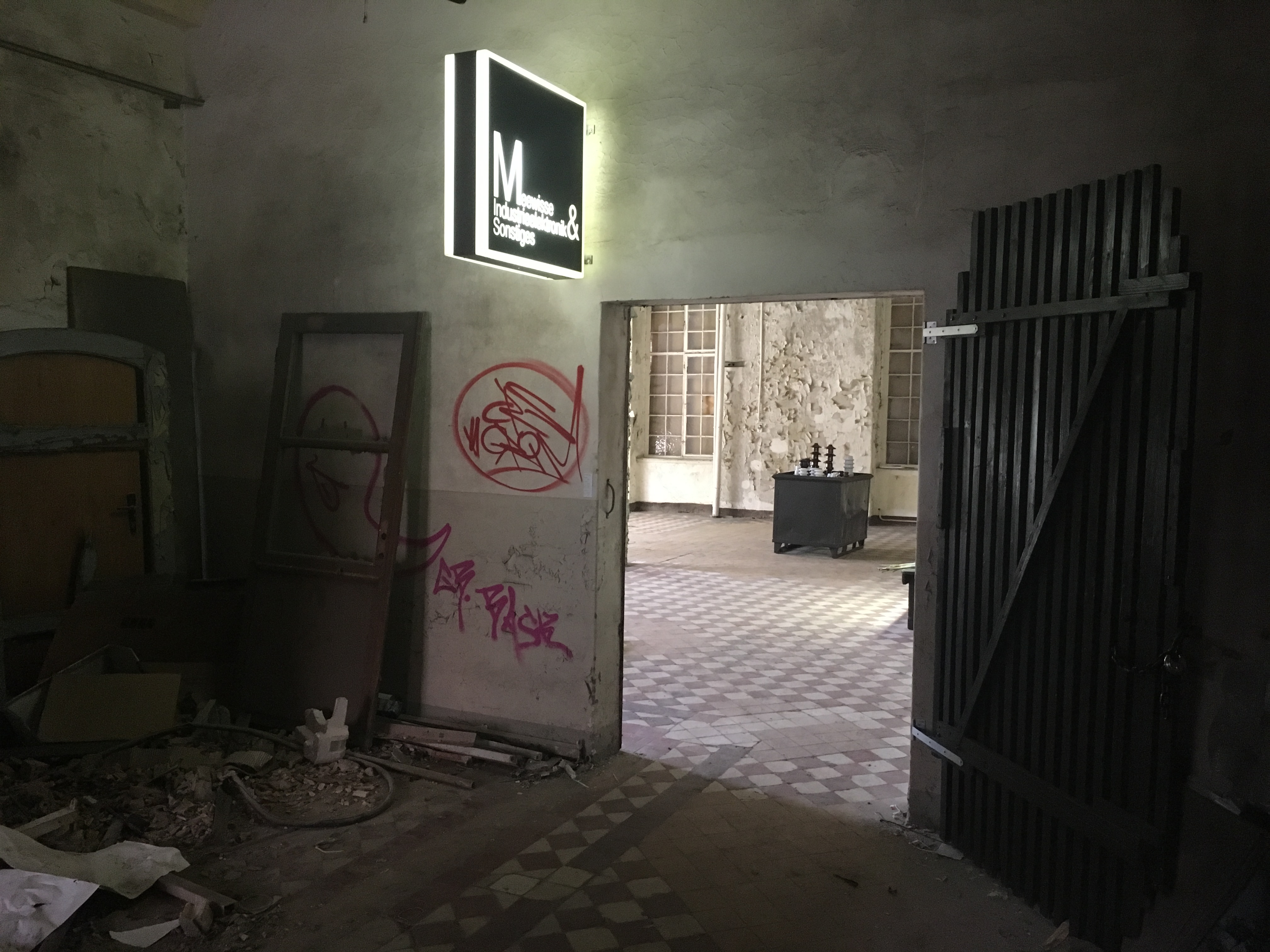 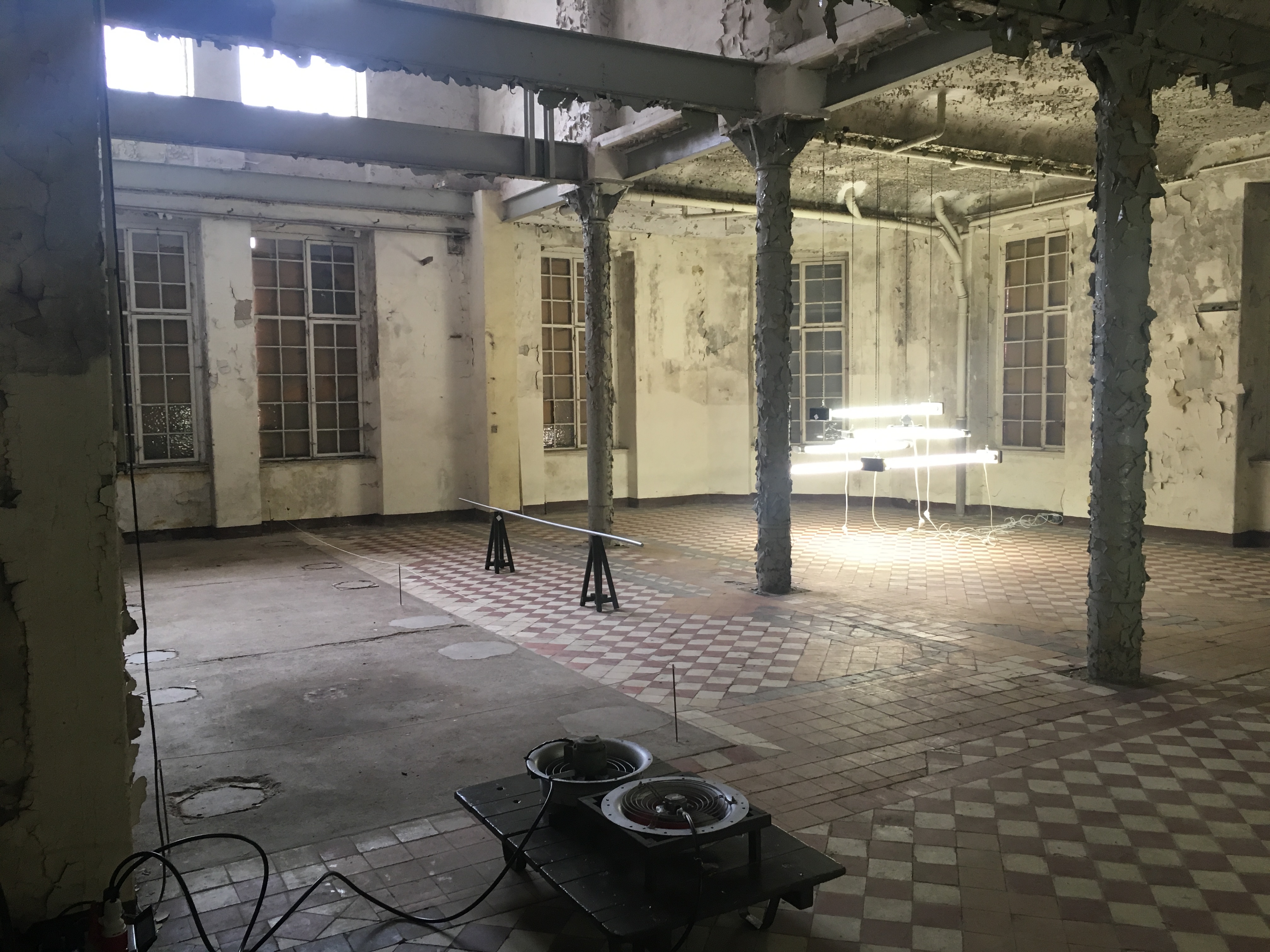 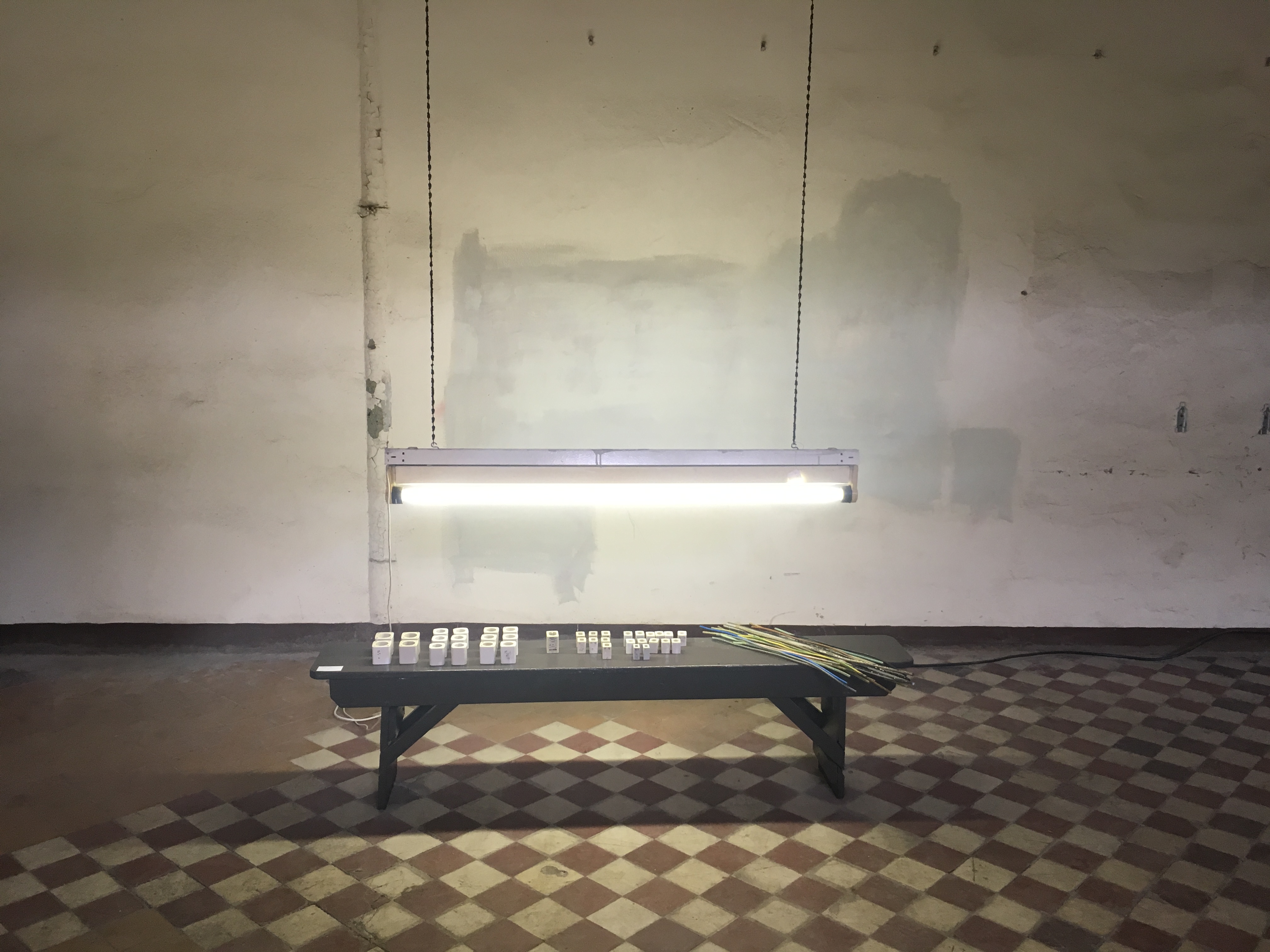 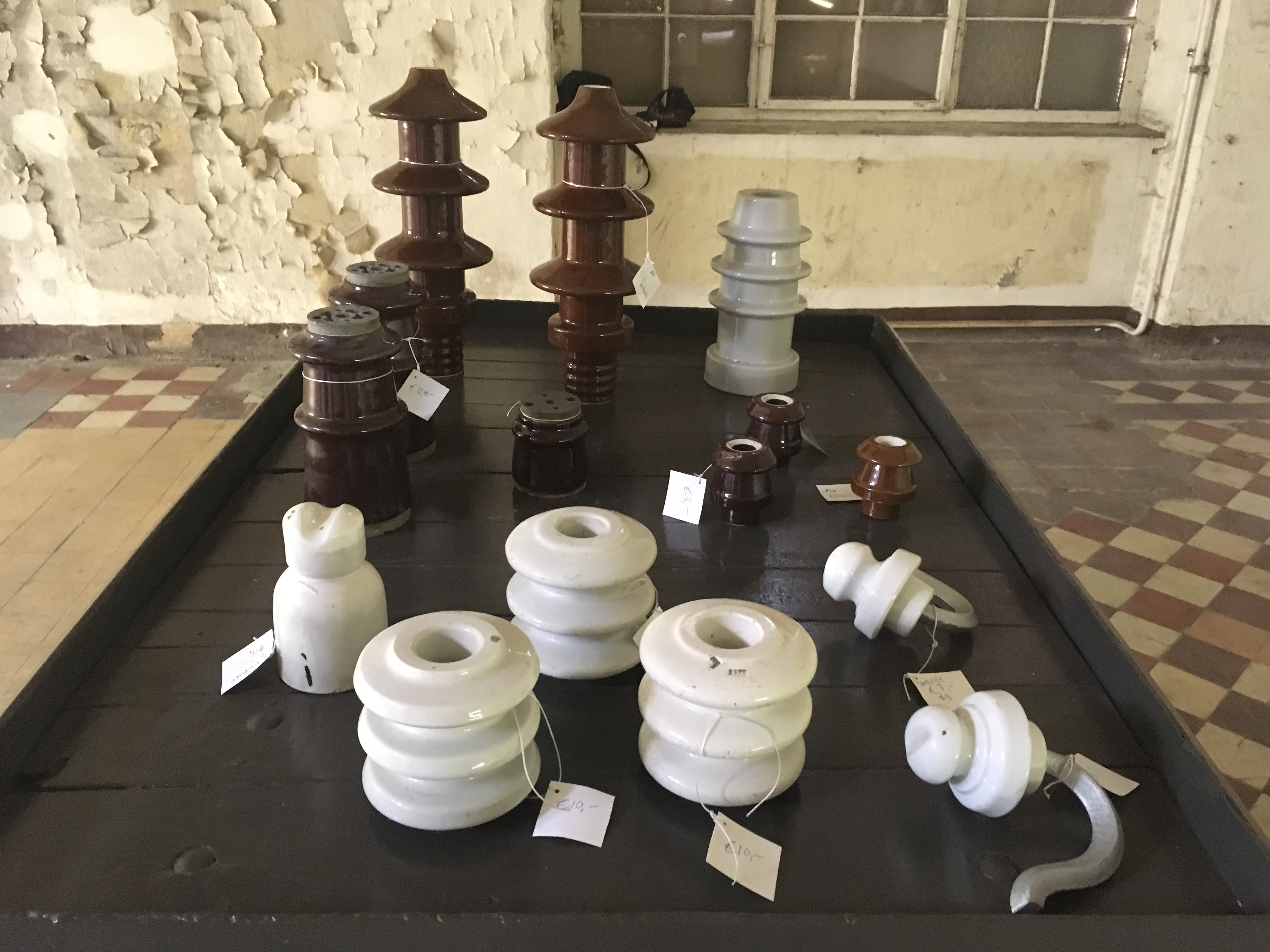 For If Paradise Is Half As Nice, 2017, we travelled with a group of 10 artist to Zeitz in former East-Germany – a small city still struggeling with Die Wende. In an abandond factory we started working on our own projects. I came there with the idea to see if I could find anything of value left after the factory stood empty for a long period and if, with my artistic labour, I could add value to it – for which I would not get paid, which is the crux of the project. I thought it was important that my added value would benefit the people living there, so I opened a shop in the most imposing space in the building. Working there I found really remarkeble objects and quickly it turned out that the best stuff was all elektricity related – thus the name Meewisse Industrieelektronik & Sonstiges. 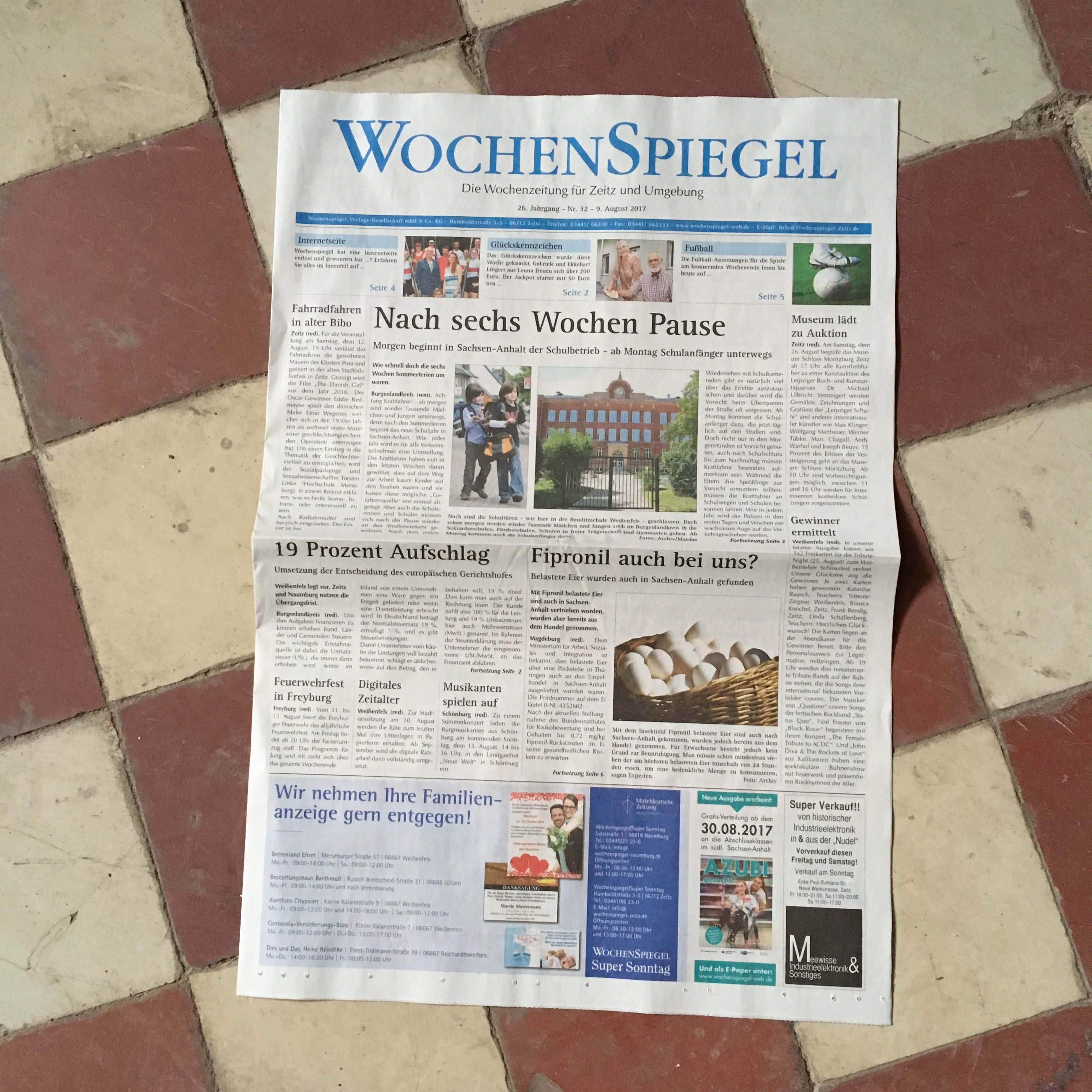 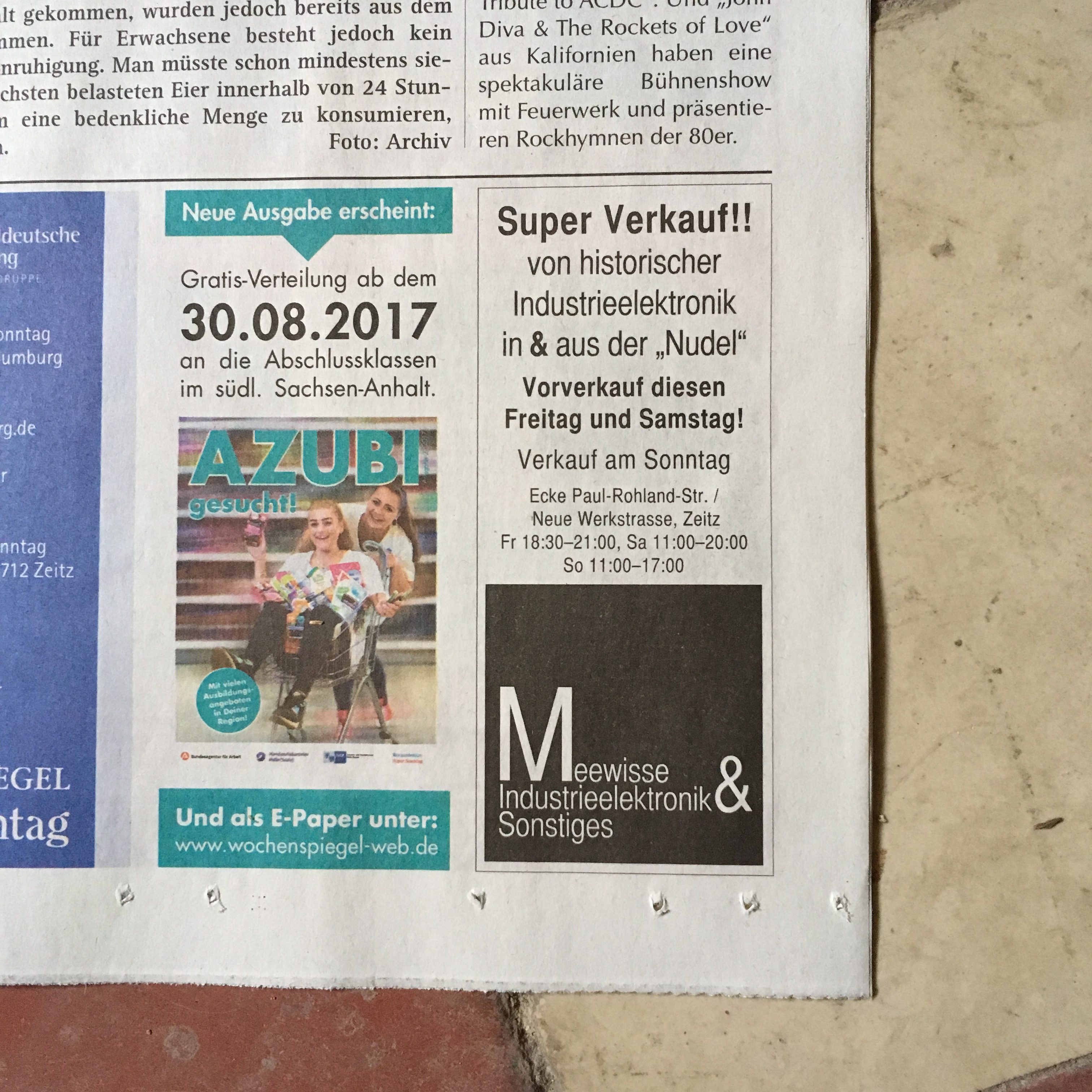 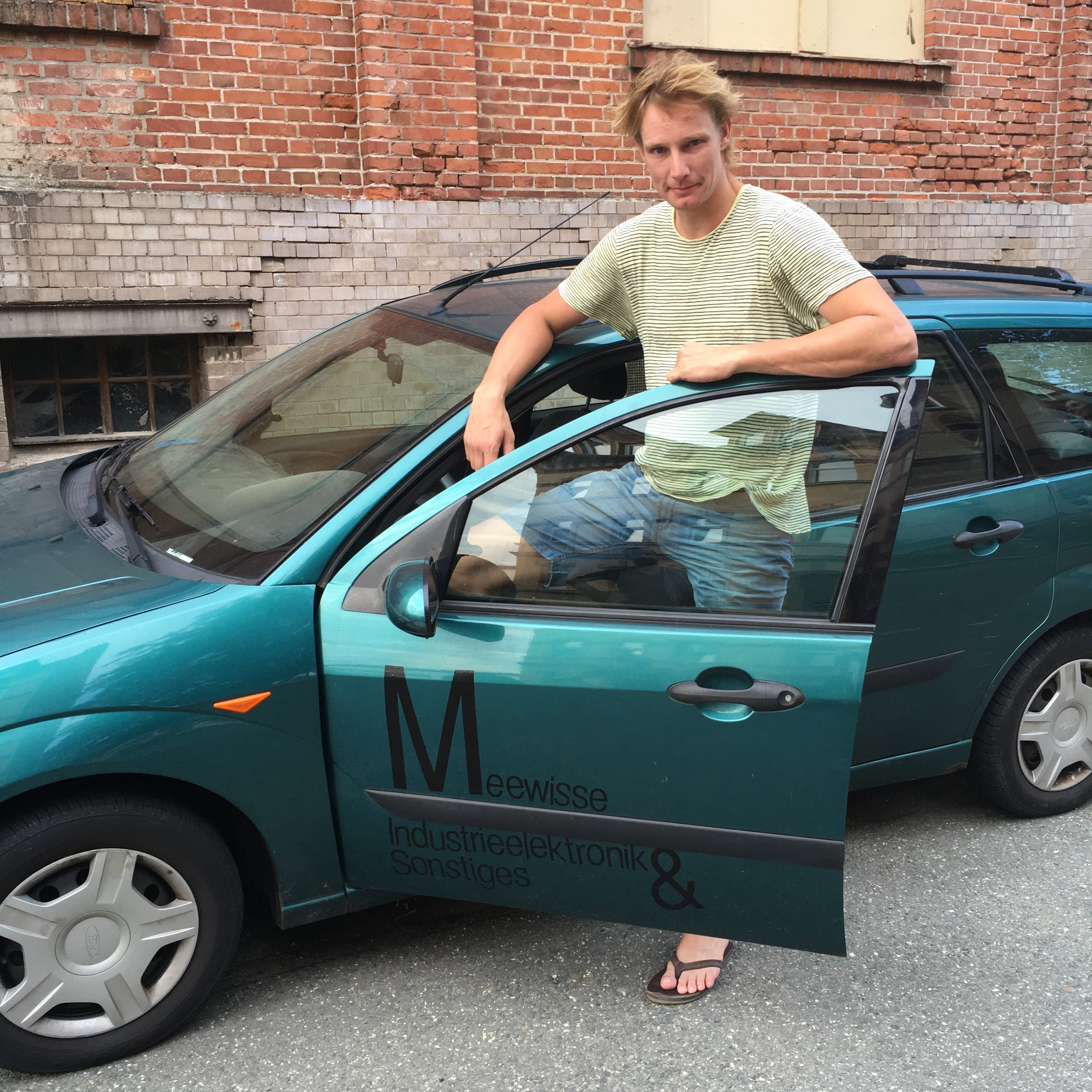 To reach potential constumers that would never come for the art project I placed an ad on the frontpage of the local door to door newspaper – 28.000 copies spread in and around Zeitz. I also used my car as a billboard. 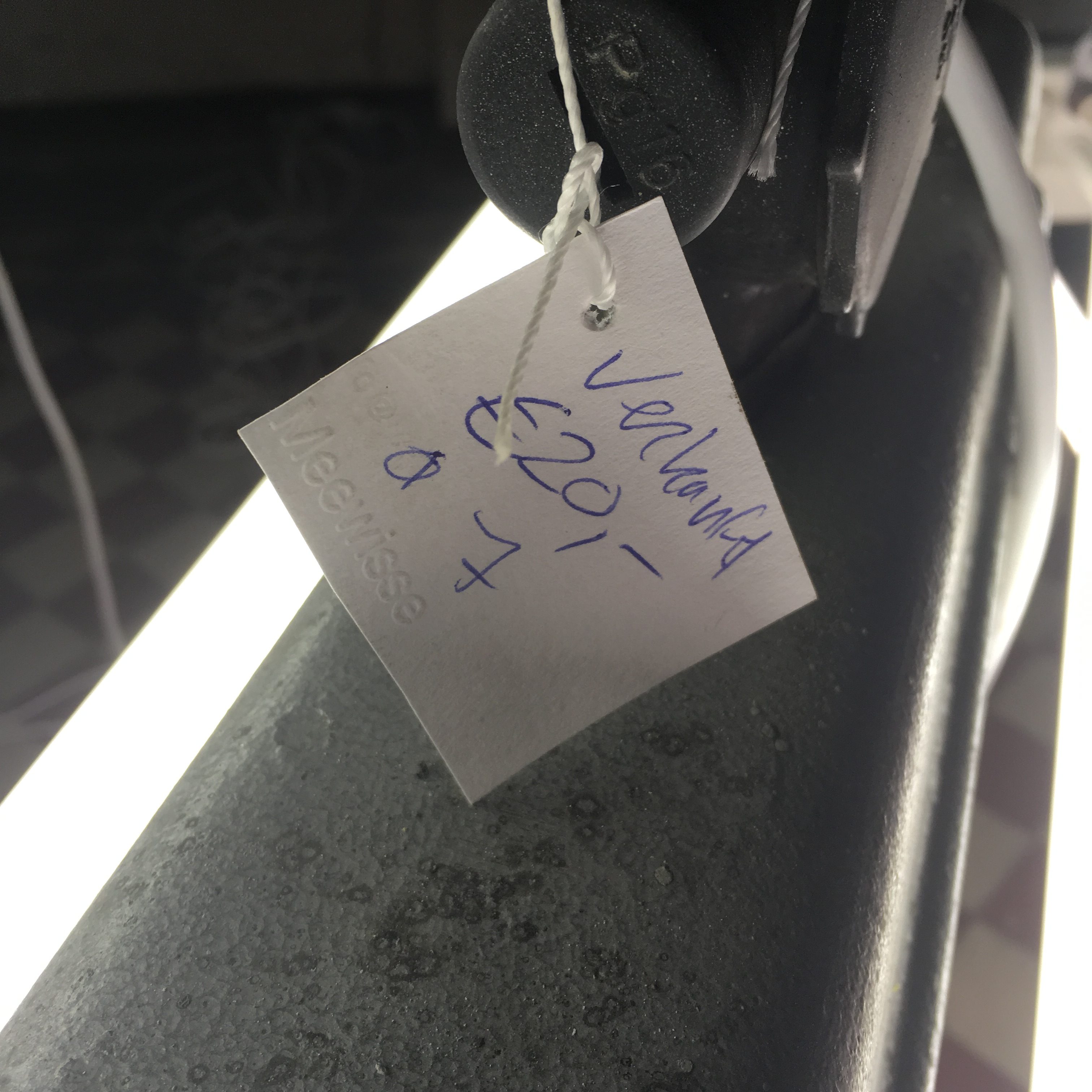 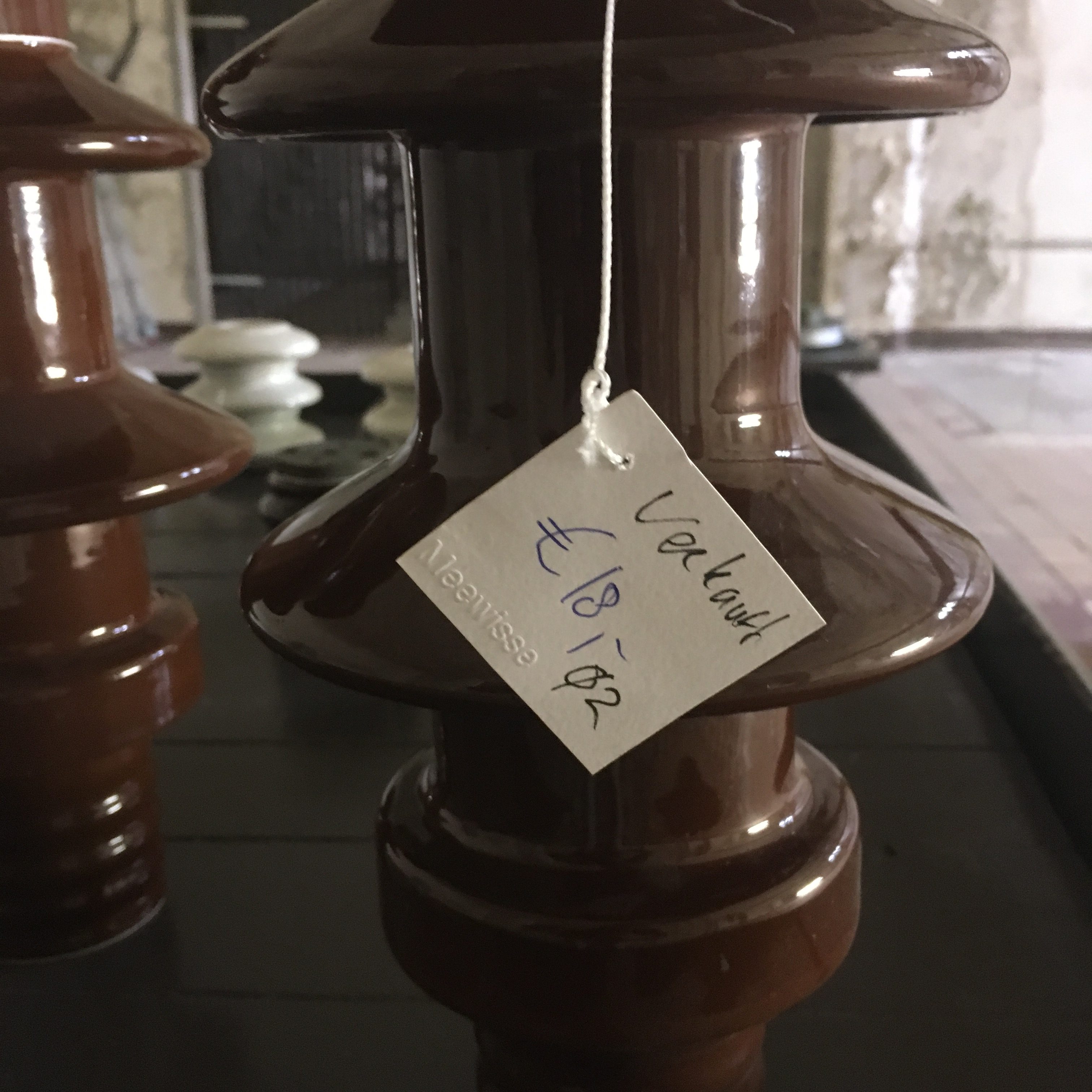 I made the objects in my shop extremely cheap – for example, I sold lamps for € 20,- while the market value in a design shop in Berlin would be more around € 600,-. I also ripped the last bits of copper out of the builing – the bits that were out of reach of the copper thiefs – and sold those for € 1,- for a piece – if you brought that bit straight to a scrapyard it would give you € 1,50. All this was to make it possible that local people in a way could own there own industrial heritage and that my labour stayed unpaid. Of course I couldn’t discrimate the costumers, but half the stuff got sold to people for who I intended it – and every local person had a fair option to buy it. In the end I sold everything – even the display objects which I sold for €1,- to a local art inititive. 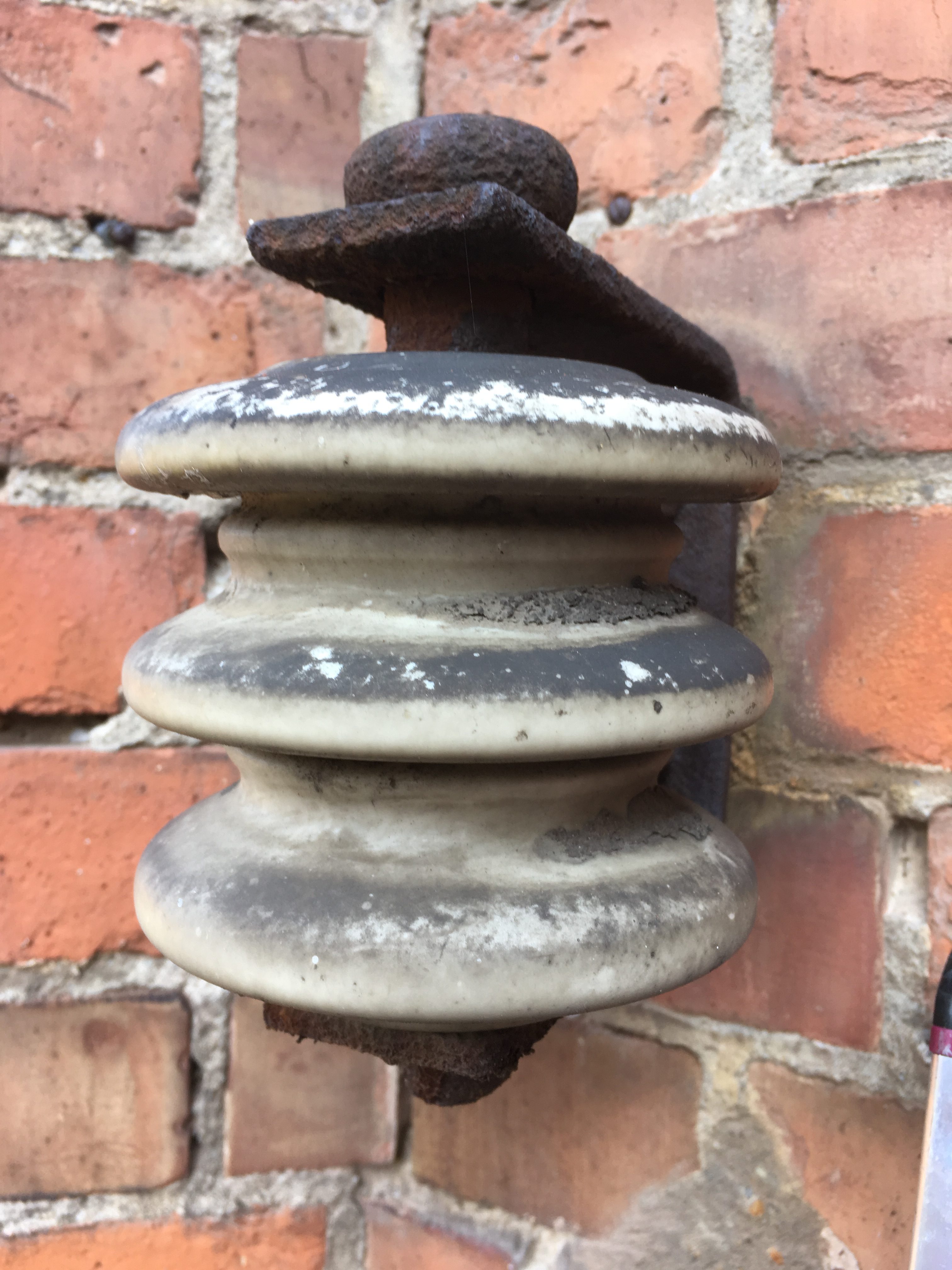 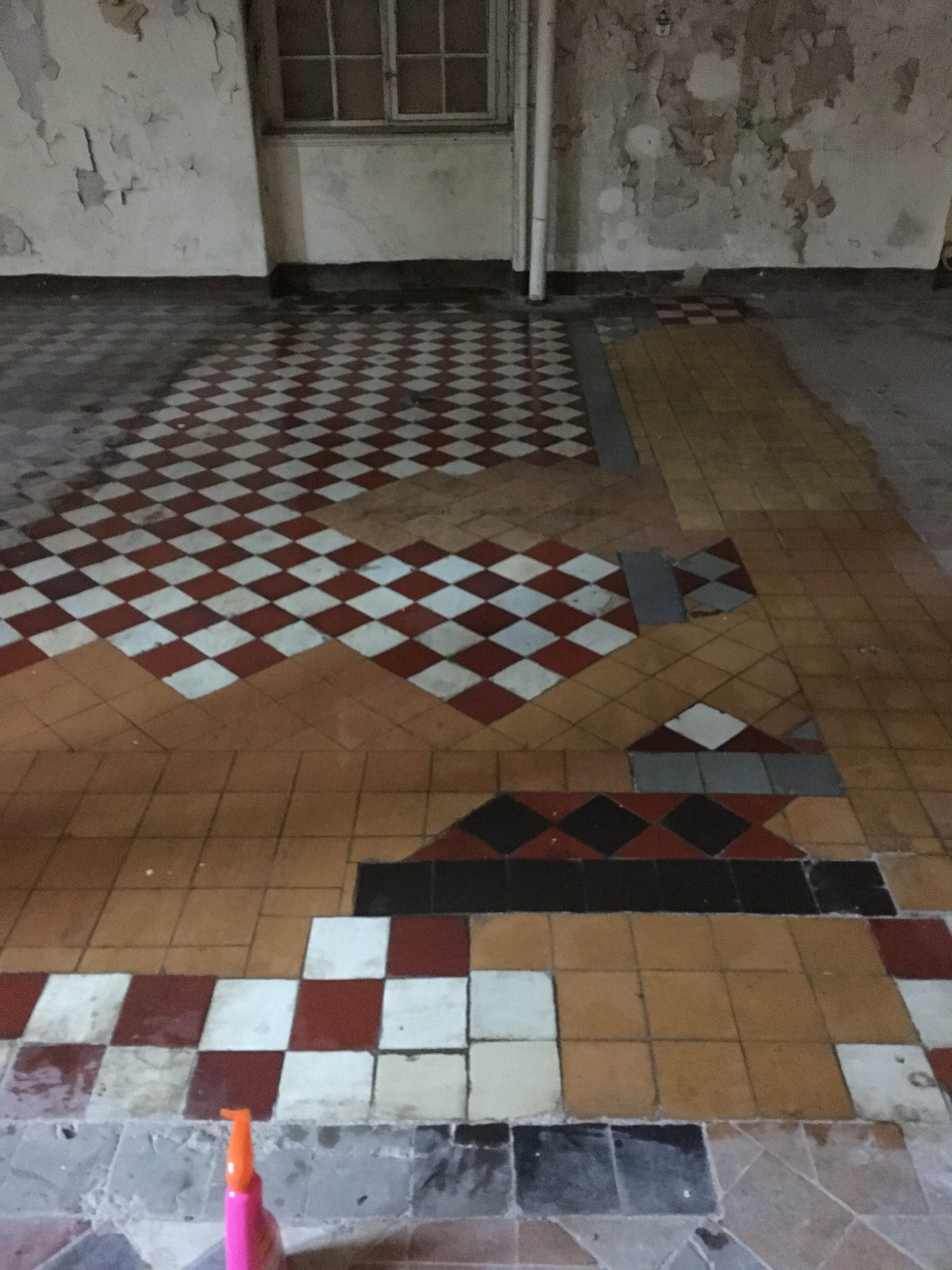 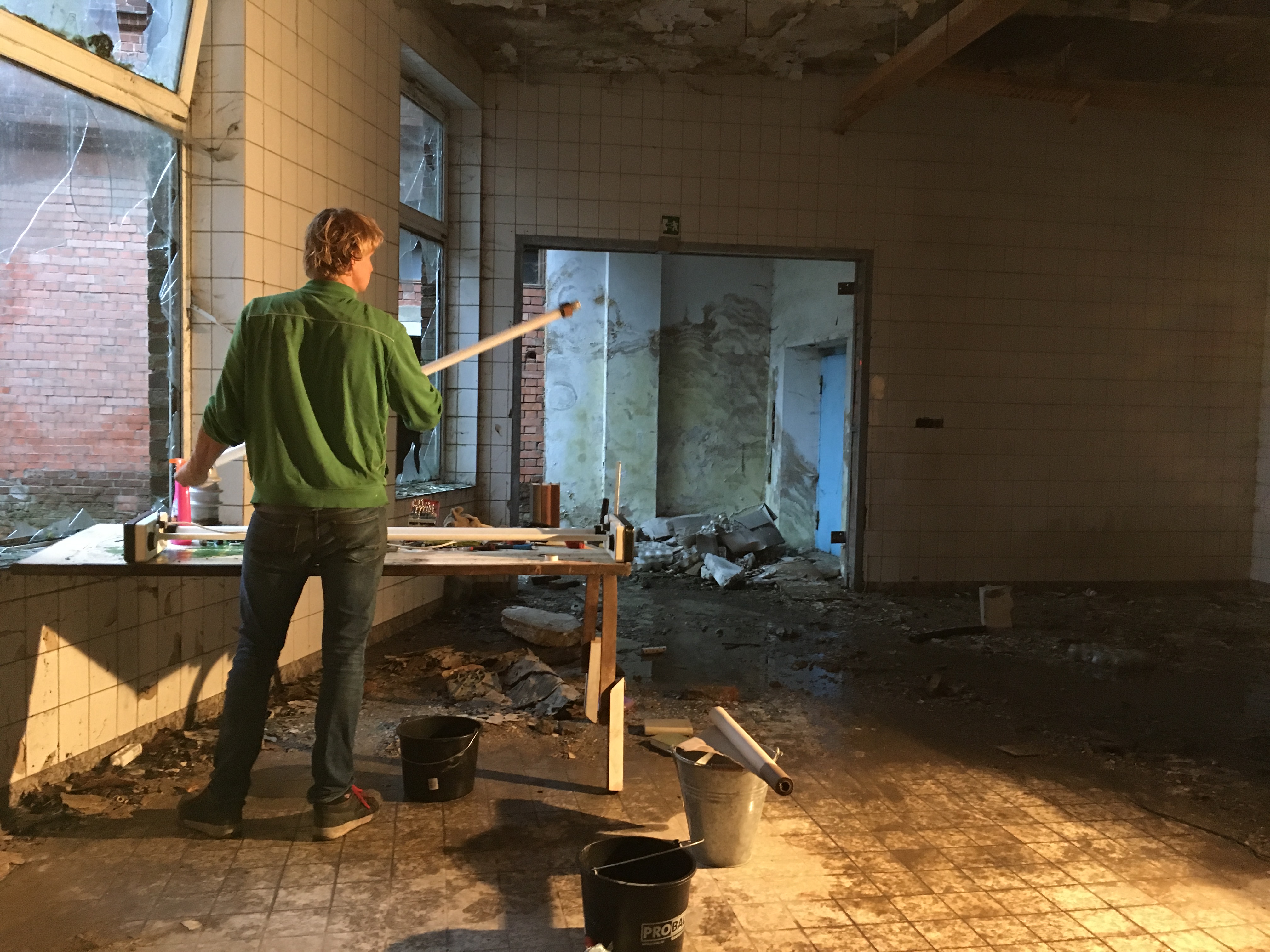 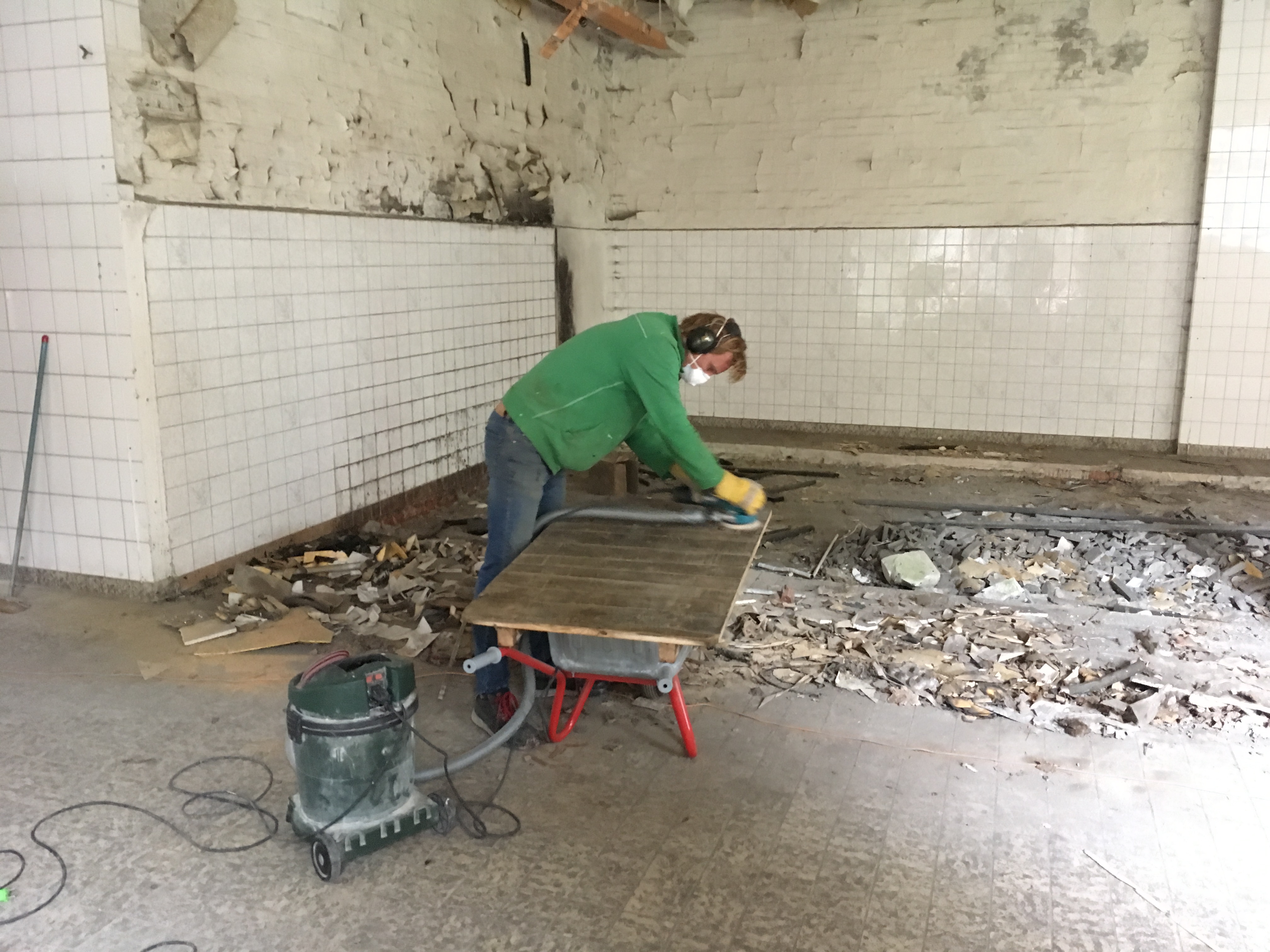 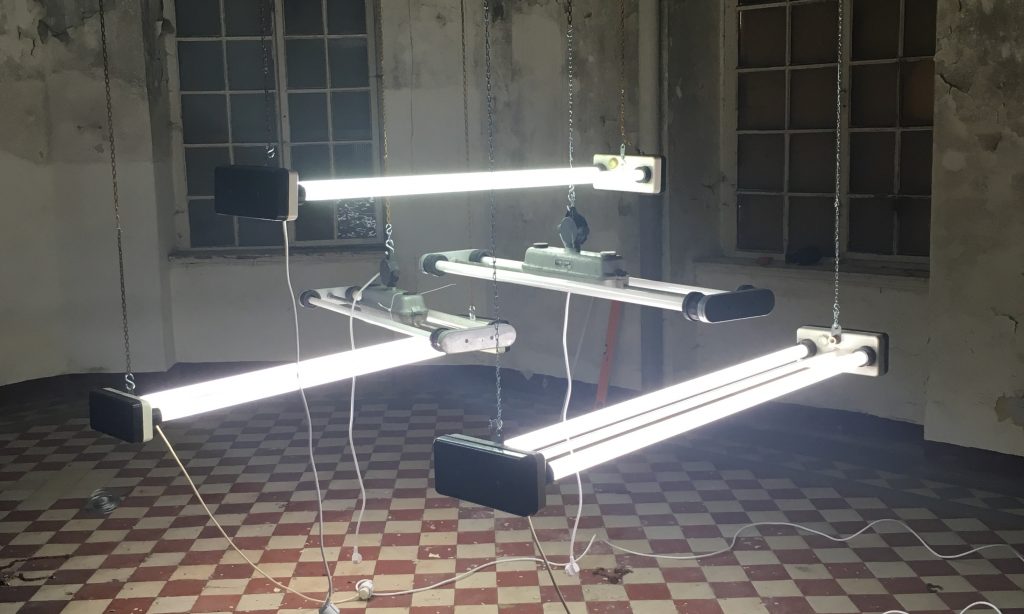 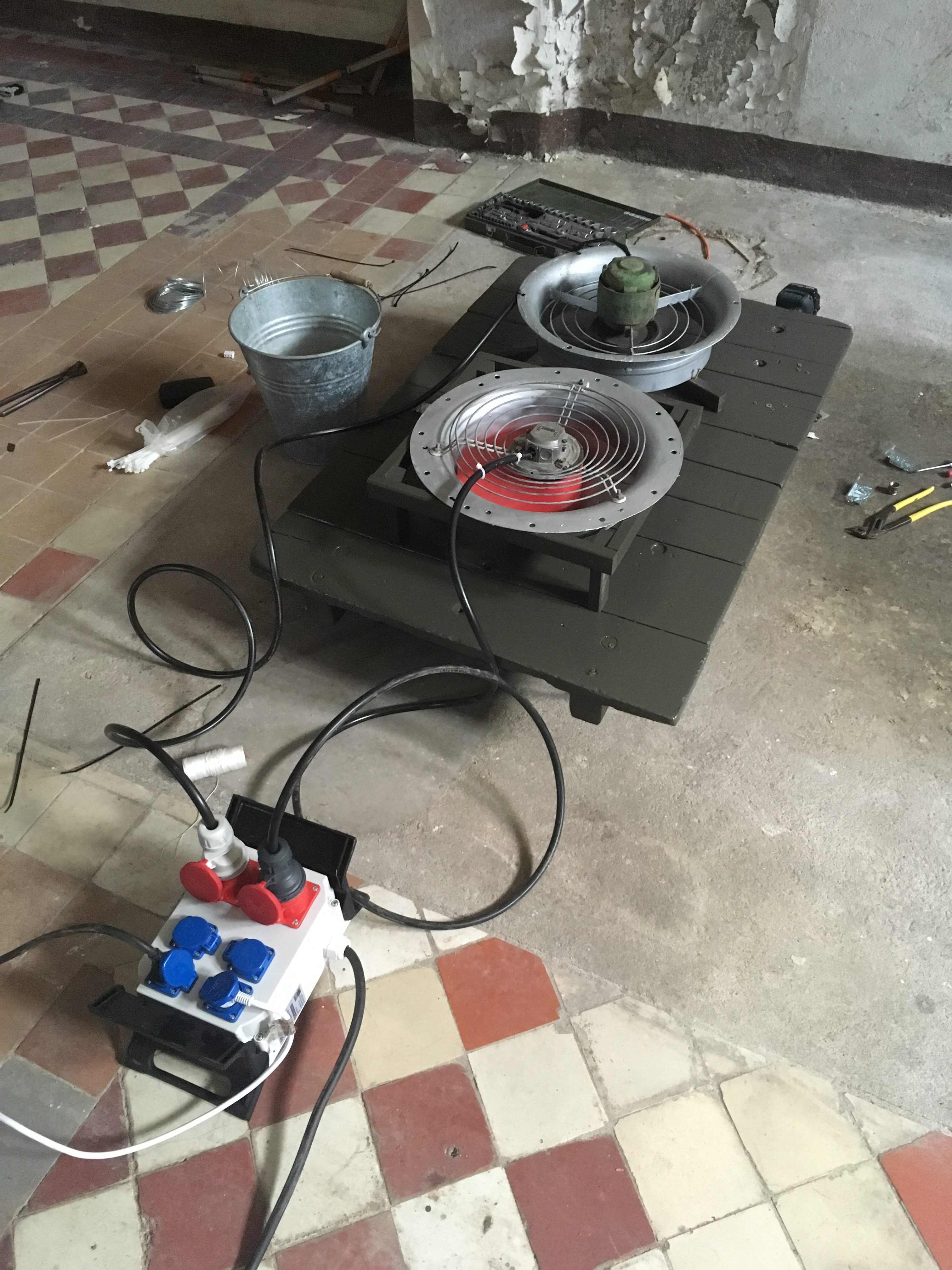 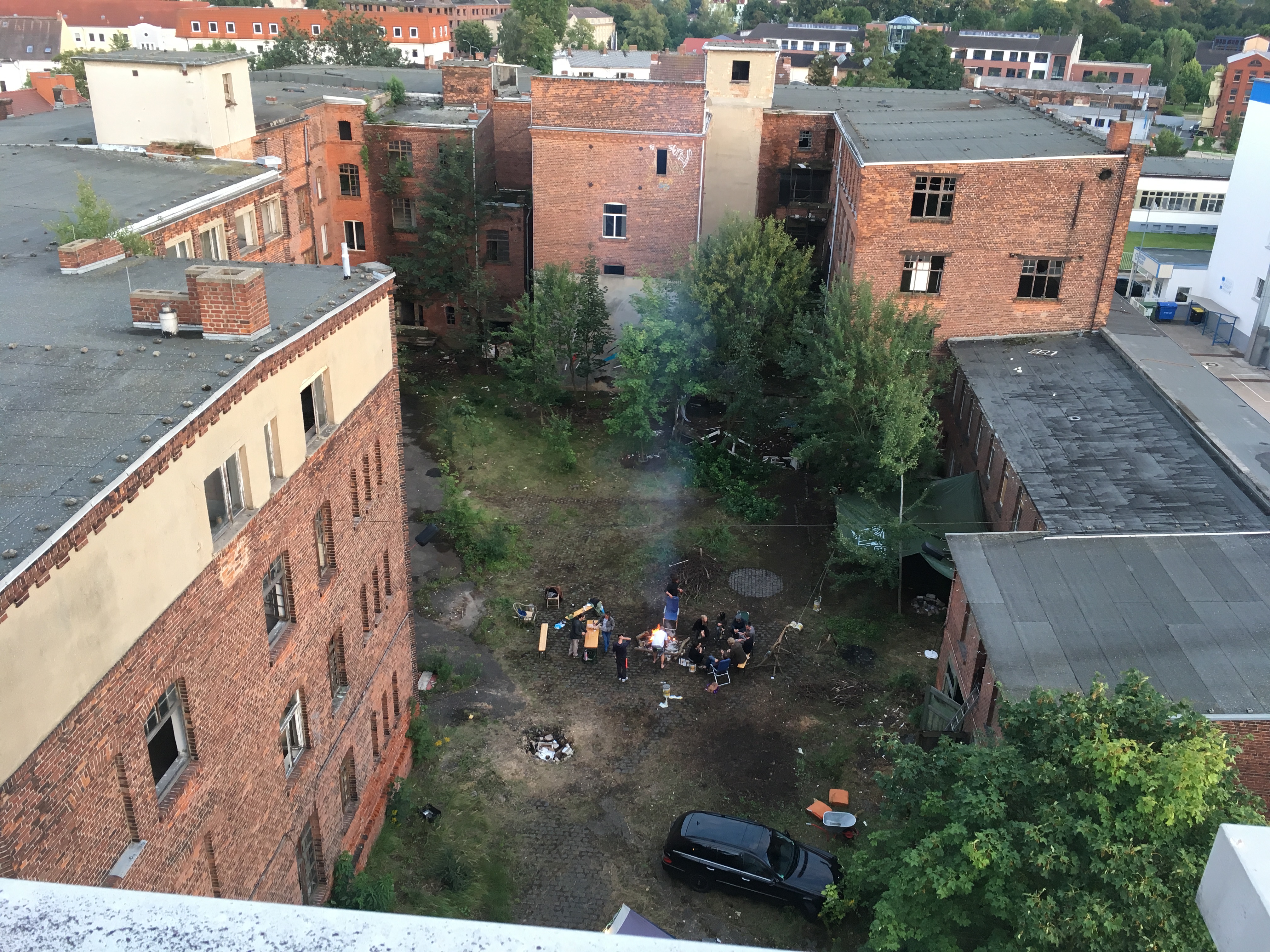